A first ever school reunion for ex pupils of the Woodborough Woods Foundation School was held on Saturday 25th September 2004 in the Village Hall on Lingwood Lane. In the four months prior to the event, organizers Pauline Lawson and Elsie Leafe traced and contacted several hundred former pupils, on the day 206 were able to attend. Many of those attending brought boxes or albums of photographs of memories to share with others. From the opening to the end the hall was buzzing with people greeting each other, some not having met for 40 years or more, many came and stayed for the four hour duration of the reunion. People literally travelled from all parts of the UK. The photograph below left shows Elsie and Pauline with Peter Saunders and some photographs from his own collection. 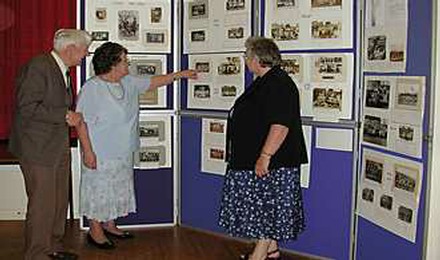 Many were heard to say "why has it taken so long for a reunion to be" organized and I hope we don't wait another 50 years for the next one!! An anecdotal story from Pauline goes "two friends of mine met up at the reunion, one quite a bit older than the other. The young one said "I've got your dolls, cot and summer house" the other said "I've often wondered what happened to them". It appears her parents gave them away when she out grew them, but now she knows after 50 years what happened to them. Elsie Leafe said after the event that this was one of the best days of her life, everyone so enjoyed it they will be talking about it for quite a while.

Peter, son of a former headmaster the late Mr Archer W Saunders (1916-1951), displayed a variety of formal school photographs from his personal collection. Also members of the Woodborough Photographic Recording Group gave a computer aided presentation of old school photographs which they projected on to a large screen. Both displays were very popular with many requests for copy photographs. The photograph above right features daughters of the late Rev’d. G Sinfield's (1951-1979), Cherith, Mary and Geraldine with local resident Maria Rose.

To complete the event a raffled raised over £200 to be shared between the Lincs & Notts Air Ambulance and Nottingham Breast Cancer Support Group. 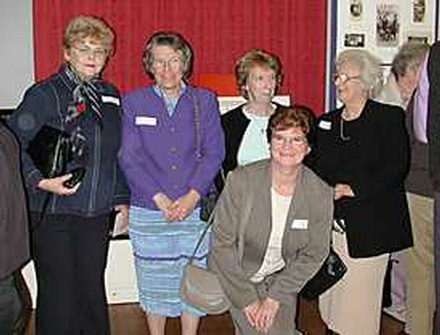 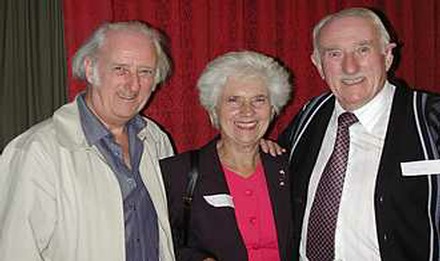 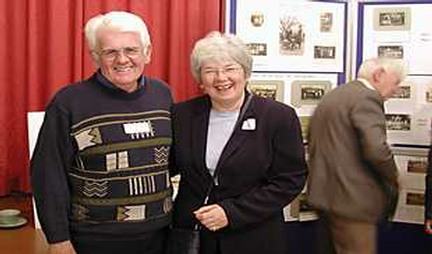 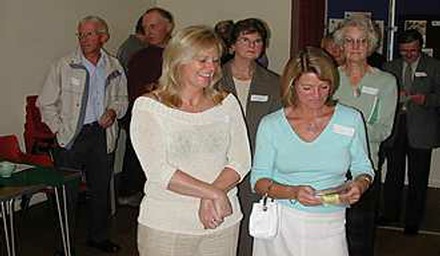 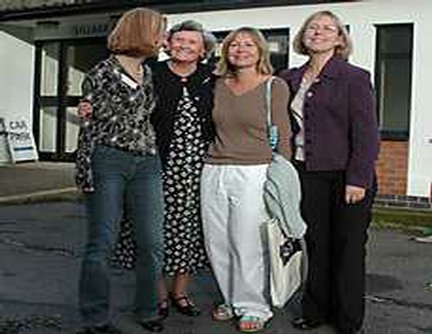 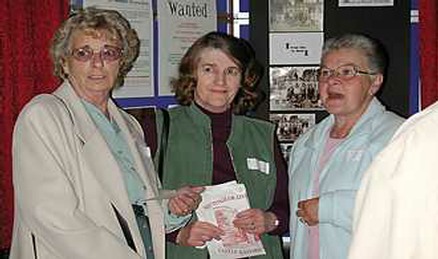 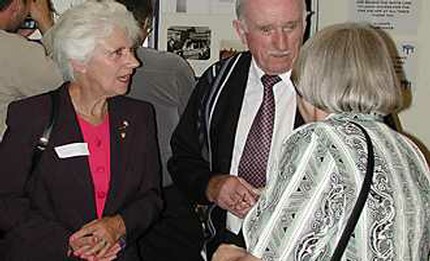 Just some of those who came from near and far.