Above page 130 of the Liber Albus or White Book

Below left & right the Latin transcription with the English translation

The Liber Albus is the main medieval cartulary (or register) of deeds relating to Southwell Minster and its estates. It was mainly compiled between 1335 and the mid - fifteenth century, it currently consists 476 pages and contains around 620 separate items, many of considerable length, the latest dating from 1610, though the vast majority concern the period circa 1180-1460. Beginning with papal bulls, royal and archiepiscopal charters granting various privileges to the canons (or prebendaries), the White Book supplies important evidence not simply for ecclesiastical history but for broader social and economic development in medieval Nottinghamshire. Whilst in addition to the ‘historical’ material, it furnishes a remarkable (and surprisingly little investigated) amount of linguistic evidence, personal, place, and field names, for instance.

Preliminary work to get a draft transcription in electronic form before more advanced editorial attention is given to individual items has recently made excellent progress, [Autumn 2010]. Currently around 95% of the text has been captured and the wide-ranging nature of the contents has been confirmed, full publication though, is still several years away. Broadly speaking the area covered coincides with the 28 parishes which latterly formed the Peculiar of Southwell, bounded by the west bank of the Trent from Fiskerton and Rolleston to North Leverton and Eaton, and the eastern edge of Sherwood Forest from Oxton and Blidworth northwards, with rich documentation for town life at Southwell itself.

The Liber Albus book has been kept in the Southwell Minster library until 2008, it is currently at the Nottinghamshire Archives where attempts are being made to transcribe and translate it.

Above right the book in an open position displaying a sample pair of pages.

It is believed there to be only two entries concerning Woodborough, namely pages 130 and 134  both of which are shown below.

Letters for the installation of the canons by proxy

The date given is 7 September in the 12th year of [arch]bishop William. There are four Williams in the period this must come from, but fortunately only one lasted 12 years, William Melton (1316-40). The proctor is John of Newent. This document is on page 134, of the book. It is thought that what the entry means is Newent is being sent by the archbishop with this letter to accept the canonry on behalf of Curtemaiori as his proctor (i.e. representative), probably because he is a foreigner and unable to do it in person. There may be more about this in Melton's episcopal register.

Land given in Woodborough

To all those to whom this present writing shall come, Agatha, daughter of Geoffrey, formerly canon of Southwell, greeting in the Lord. Know that I have given and granted and confirmed by this charter to God and the church of St Mary of Southwell and its canons serving God there half an acre of land in the territory of Woodborough, namely one rod which lies next to the land of William Karleton towards the east and one rod upon Lidegath which lies between the land of Nicholas and the land of the aforesaid Agatha, to have and to hold in pure and perpetual alms, freely quietly and peacefully, for all service saving the foreign [service] of the Lord King. And that this my gift and in grant shall remain. I have appended my worthy seal to this writing. Witness Master Walter Thaneth, Henry of Nottingham, Master William de Markham, William the chaplain and others.

The Rev'd Buckland, in his 1896 book about the history of Woodborough, also refers to the Liber Albus book, but his transcript is incomplete and is thought to be inaccurate. 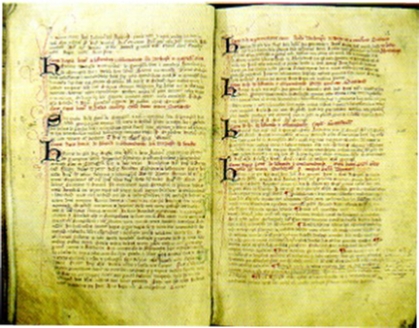 Liber Albus - the so called ‘White Book of Southwell’

Above: Page 134 of the Liber Albus or White Book.

Below left & right: The Latin transcription with the English Translation. 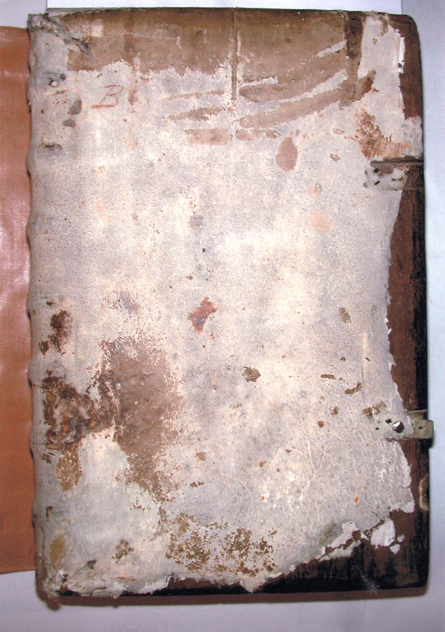