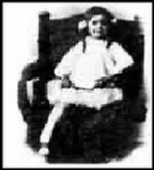 Mr & Mrs J T Gee commenced their duties at Woodborough school in November 1906, Mr Gee as headmaster. It is thought their daughter Connie was born in 1908. At the age of five Connie contracted scarlet fever and because of this Mr Gee absented himself from school. Early in 1916 the school closed for a long period because of a measles epidemic. On March 31, 1916 aged eight Connie died, some say because of diphtheria, Mrs Gee says it was typhoid and blamed the school's open drains for Connie’s illness which led to her untimely death. It was a great shock to all who knew her. The photograph on the left was taken in 1915 when she was 7. Mr Gee did not again take over duties at Woodborough School, but held temporary posts at Newstead and elsewhere until he was appointed headmaster to Sutton in Ashfield from where he eventually retired. 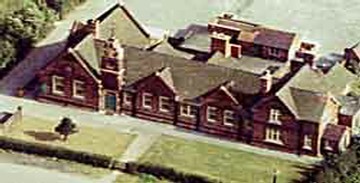 A reminder of the young Connie lives on in the shape of a holly tree still growing in the front of Woodborough’s old school (see photograph on right taken in 1964). The story tells how she planted a holly berry in her garden a few months before she died. Surprisingly, it germinated and sprouted into a fine young sapling that has ever since been known as ‘Connie Gee’s tree’.