John Thomas Desborough was the fourth son of Samuel and Mary Desborough and documents reveal that he was born in June 1895. In the Census of 1911 he was living with his parents at Holly Cottage, Woodborough. The Desboroughs owned a silk factory on Shelt Hill and John’s occupation was a Framework Knitter, which suggests he was working for his parents. He did not however remain in Woodborough, and moved to Leek in Staffordshire where many framework knitters were in demand.

On 11th December 1915 John joined the 2nd Battalion/6th Regiment of the North Staffordshire at Lichfield. He was then aged 20 years and 6 months and was declared fit for service. He served at home initially and was later posted to France on 4th September 1916 when the Battle of the Somme was still in full swing. He was later transferred to the 7th Battalion Loyal North Lancashire Regiment. This regiment was very much involved with fighting from day one during the Battle of the Somme, which began on 1st July 1916, and as a result they incurred heavy losses. It was on 19th October that the battalion moved to the Thiepval/Aveluy Wood area to prepare an attack on the enemy. 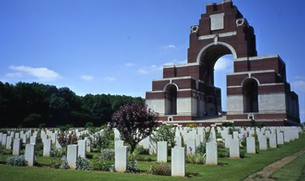 This was too late for John who died on 25th October 1916. He was unmarried and only 20 years old and because his body was never found he is commemorated on the Thiepval Memorial which overlooks the Somme battlefield. He is also commemorated on the war memorial in Leek. 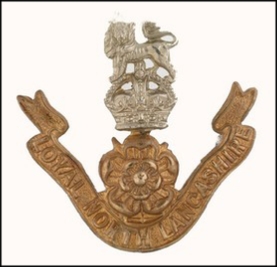 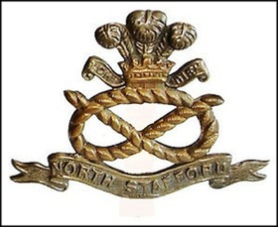