Local history research inspired a new village sign, Woodborough resident and History Society member, Mrs Shirley Hoskins, created the original design in February 2002 and this was then translated into art work for a casting, the design was to represent Woodborough's long heritage. The sign was commissioned in 2004 by the Woodborough Community Association.

Mrs Christine Baggaley, Community Association member, negotiated its manufacture. The work was to be undertaken by Signcast at the Sherwood Craft Centre, Edwinstowe in Nottinghamshire. Funding was found from the Woodborough Community Association’s award of £1000 from the 2001 Best Kept Village competition, the balance of some £600 being raised through raffles, teas, pig roast, Feast Fair and other activities as well as some money coming from local donations.

The design, which can be clearly seen from the photograph above, includes elements representing a Roman fort (Fox Wood), the church of St Swithun's with its tower, the coat of arms of de Strelley (one time Lord of the Manor), a frame work knitter to show the cottage industry, fields and fruit to indicate a market gardening heritage – all this overlooked by trees of the once mighty Sherwood Forest.

From Shirley's own notes of what the sign should depict we have the following descriptions: 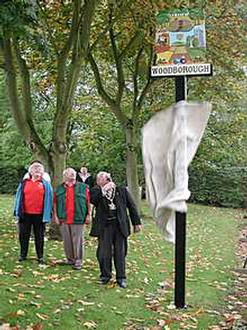 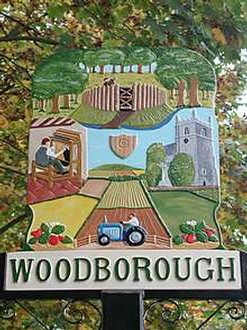 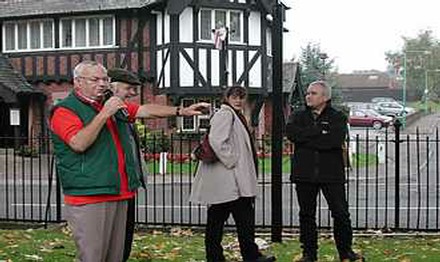 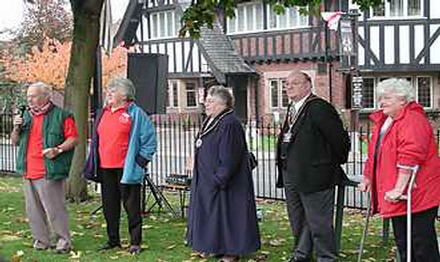 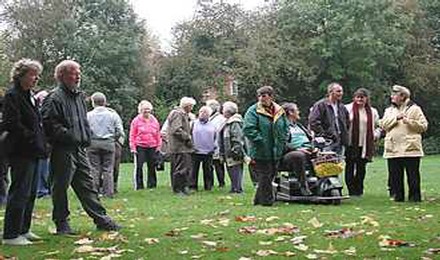 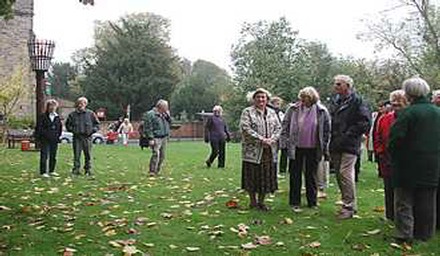 The sign, which is 24 inches high and mounted on a 9 foot post, is sited in the Governors’ Field alongside Main Street and was unveiled on 16th October 2004 by the Cllr. Arthur Woodward, Mayor of Gedling, in the presence of members from Woodborough Parish Council, Woodborough Community Association and many villagers.