The hand drawn map below includes all plot details, name of owner or tenant, plot number and plot size. It is unusually orientated with the west to the top instead of north to the top. There are a few minor inconstancies in the details when compared to the Enclosure Award. Plot details are also recorded in the Award itself. Unfortunately the original Enclosure Award document has not been located; however a transcript is recorded on the following pages which was taken from a typed copy that is available for inspection at the Nottingham Archives.

Readers should be aware that throughout this Enclosure Award article and associated following documents, spelling of place names vary as do those of people. Where there is a significant change in the name this is indicated in square brackets with the most recent name inside the brackets [ ].

The Enclosure Acts, introduced at the turn of the 18th century, made a significant difference to the English countryside by encouraging the break up of the former open field system. New methods of agriculture meant that it would be more efficient to replace individual strips in a common field by larger parcels of land enclosed by hedges and farmed for a single crop.

The terms enclosure and inclosure are frequently encountered. Inclosure was the term most often used in legal documents although enclosure has become the most commonly used form.

The Woodborough Enclosure Award is based on an Act of Parliament of 1795, which is stated to be “an Act for dividing, allotting and inclosing the open and common fields, commonable lands and waste grounds within the Parish of Woodborough in the County of Nottingham”. The land to be enclosed measured 1290 acres while the old enclosed land measures 620 acres giving together a total area for the Parish of 1910 acres. The land already inclosed included a large area, which was copyhold; the balance was freehold (or Tithe) as was the new Enclosure. 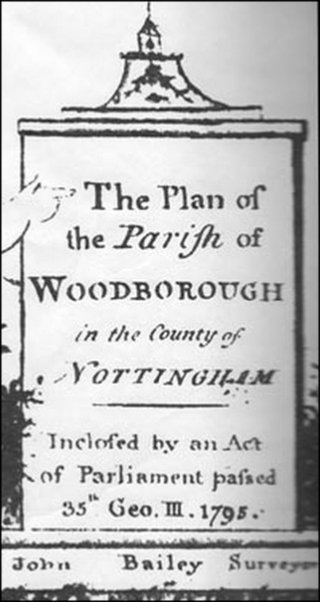 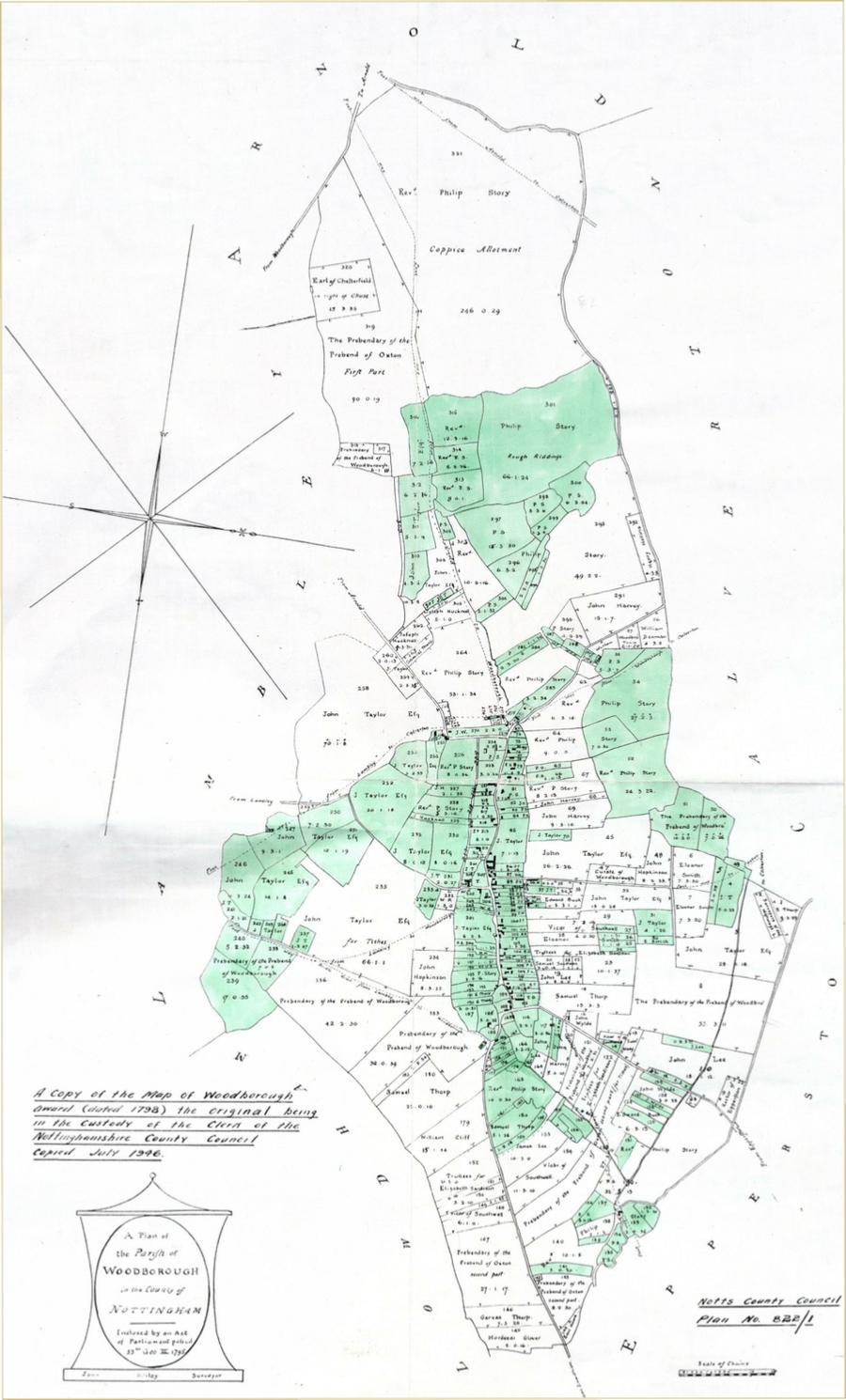 Many of these are the work of the County’s most prolific enclosure map-maker, John Bailey of Nottingham, who was responsible for 17 maps including the Woodborough map shown alongside.

However, as the map alongside is a later copy, it bears the cartouche of the surveyor responsible.