Primitive Methodist preachers began visiting the village in 1820. An earlier visit by William Clowes in 1817 had met with local opposition - he was pelted with eggs and the church bells were rung during worship in order to drown his voice!  By 1840 Edward Morton from Arnold had more success in preaching, and was appointed Missionary to the village in 1841. Although he had met with opposition in other villages, and even here, there had been an attempt to push him into the dyke, he proved too tough and encouraged a formal class to be formed. These people met in William Bradley's cottage, led by Henry Bird of Oxton. Later a barn in Field Lane that had housed cows was used for services. The barn was fitted with wooden plank seats, with straw on the floor and illumination from three tallow candles set into a wooden wheel. This was lifted by a rope over a beam and balanced at the other end with half a brick. See also "The Story of the Years" compiled by the Rev’d J A Leafe and published for the centenary of the Chapel in 1951. Contents of the booklet, reproduced here, give a more detailed account of the Chapel and some of its characters. 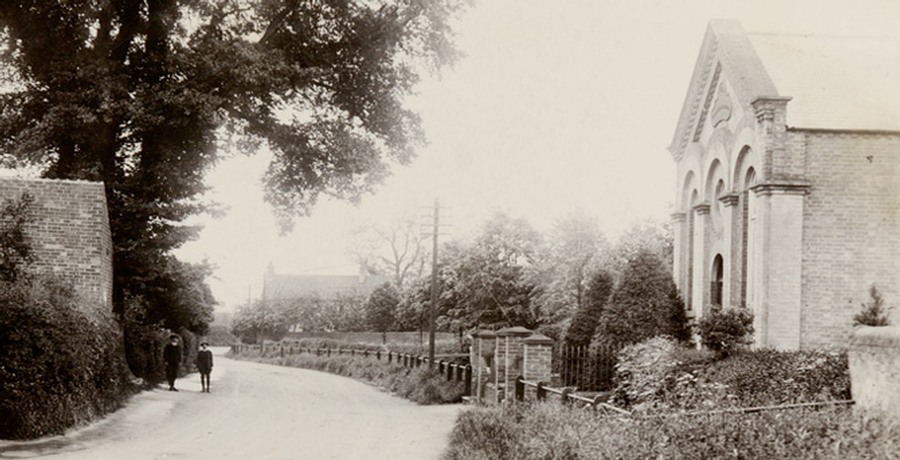 The first steward was Richard Nail and an early convert was Joseph Marriott, a frame smith’s apprentice, who became a local preacher. By 1850 the group had formed themselves into what became known as a Society, under the leadership of John Eckersby who came with friends from Lambley, and were able to buy a piece of land on Main Street from Charles Donnelly and to build a small Chapel for £122. The Society went ahead with a capital of only £22. The building was 24 square feet in size and was formally opened in October 1851. In 1871 a gift from Samuel Morley helped to pay for an extension to the building and for a rostrum and an organ to be installed. 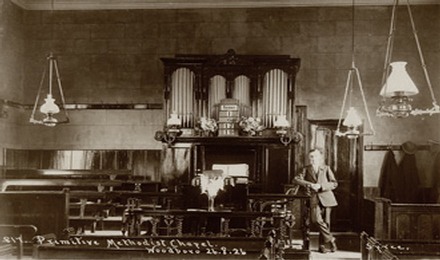 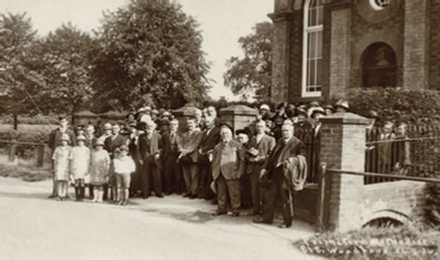 In 1891 another 680 yards was acquired to add a schoolroom, vestry and outhouses to the original building. This cost £353, of which Rev’d. C Leafe (pictured below) gave £50. The enlarged building was opened in 1900 and served the community until 1962 when "Top Chapel" and "Middle Chapel" joined. The West End Methodist Church was sold for £2400 and soon after converted into the Woodborough Garage.

Some of the early senior figures in Woodborough Primitive Methodist Chapel were:

The following statement, printed in the closing service brochure below left, was a prelude to the final service.

On Sunday December 30th 1962 a closing service conducted by the Resident Minister, Rev’d William J Davies, was held for the West End Methodist Church, and formerly known as the Primitive Methodist Chapel.

This service is one of thanksgiving, for 111 years West End Church has been a centre of Christian worship and evangelism, possessing a fine heritage.

Since the Church was built in 1851, five men have entered the ministry, many others have become Local Preachers, and countless numbers have lived by the teaching received within its walls. So for the past with its hallowed memories we thank God.

It is felt, however, that if we are to continue to serve the present age, it can best be done by joining forces with our other friends in the village to make a united witness for Methodism and the Kingdom of God.

We begin this new era in the life of the Church, this adventure in fellowship, in a spirit of thankfulness for the past and great hope for the future.

There followed a short service with hymns, prayer, lessons, notices and offertory, a sermon, responsive prayers, and finally 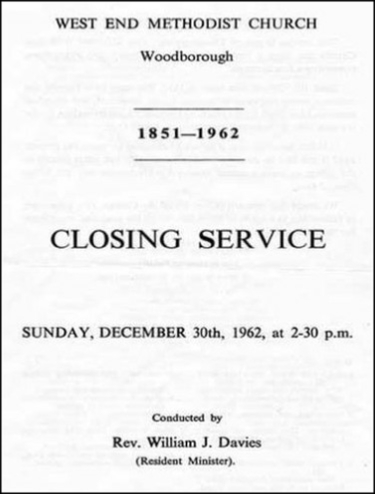 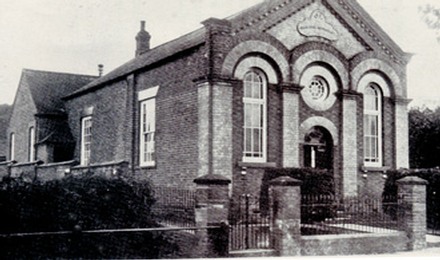 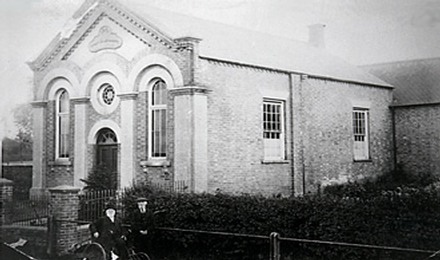 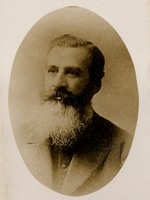