Flooding Update November 2009: Since the flooding of the village in June and July 2007 the Environment Agency has carried out a number of surveys on the culverts and dykes within the village. A CCTV camera was sent through all the closed culverts this established a number of heavily silted and partially blocked watercourses. This was followed by clearance of rubbish from the Main Street dyke, and the open and closed culverts, which run along its length. Around 50 tonnes of rubbish was cleared out and taken away.

Providing a flood warning to Woodborough is technically challenging as water levels peak in just 3.6 hours, which is much faster than the River Trent. Recent work to install strategically placed debris screens over entrances to the vulnerable closed culverts was completed to prevent rubbish getting into the culverts. A CCTV camera, working off solar power, can transmit live pictures to a monitoring control centre in Sheffield. This has been put in place to monitor a debris screen at the most vulnerable closed culvert, and thus any build up of rubbish during very wet weather can be seen and acted upon promptly.

Every 1-2 weeks [more often in bad weather] routine patrols are carried out by an Environment Agency workforce; they check the debris screens and strategic points known to cause problems along the watercourse. Additionally a river inspector walks the watercourse every 6-12 months and reports any problem areas. 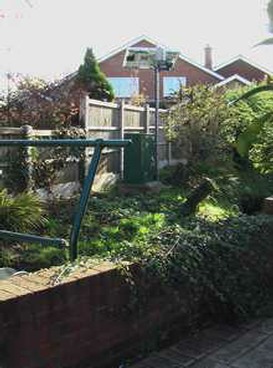 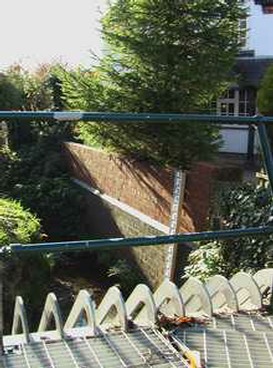 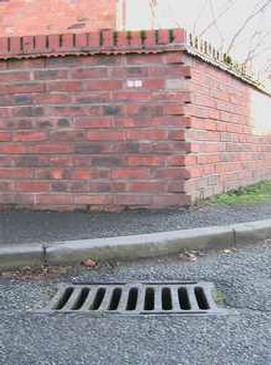 Left: A CCTV camera monitors one of the problem areas. Centre: A debris screen and water level indicator.

Woodborough Parish Council has arranged for all surface water drains along Main Street to be numerically marked. Quick and easy identification and reporting of a blocked drain can be made in the event of a build up of surface water in very wet weather. These identification marks are above known water levels and have been placed on adjacent walls or buildings.

A CCTV camera survey was also repeated through the closed culverts at the beginning of 2009. No blockages were found at that time.

NB: At sometime during the latter part of 2010 the above mentioned CCTV was removed.

It can be seen by comparing the rainfall graphs provided below, a greater amount of rain fell in June and July 2007, a total of approximately 370.4mm with severe flooding on four separate days (3 in June and once in July). There was also sustained rainfall in July 2009. For June and July 2009, 250 mm fell without any instances of flooding.

For July 2007, there were several days throughout the month with very heavy rainfall and on the 26th this resulted in flooding.
July 2007 total rainfall approximate 161.8mm.