According to a Woodborough Newsletter published in August 1984, The Nottinghamshire Building Preservation Trust had been involved in the restoration and re-roofing of the old dovecote situated in the upper part of an outbuilding at Gladstone Farm on Main Street.

This first floor dovecote above a former stable listed Grade II in 1983 was part of a late 18th century/early 19th century crow-step gabled building with a pantiled roof and plain tile verges. There were full-width sunning ledges on the front southern elevation and on the east wall. A small group of flight holes with brick landing ledges located in the apex of the same building. At our first visit in 1986 there were two double casement windows just below the eaves at the front, one of which might have contained other flight holes.

Above: Dovecote at 121 Main Street, formerly known as Gladstone Farm.

During a return visit in 2006 internal inspection was allowed and found that although about a third of the brick nesting boxes were damaged, the majority were complete with their continuous alighting ledges in very good condition.

In 2006 the owners applied for listed building consent to convert the stable and dovecote building, and erect an extension, for residential use.

A submission was made to Gedling Borough Council to request that any permission be conditional upon the flight holes and some of the nesting boxes being retained. Consent was given in September of that year, but three years later work had not begun and the consent expired. 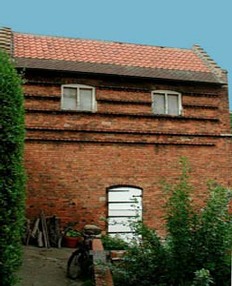 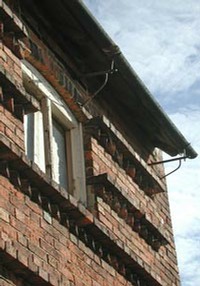 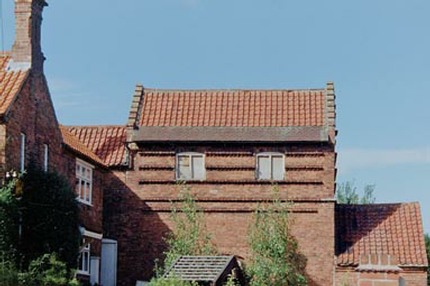