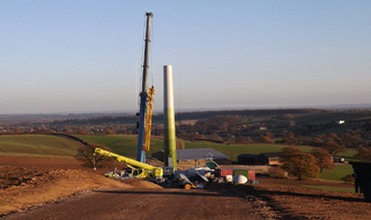 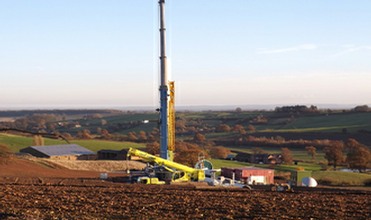 The turbine was erected late in 2013 and finally commissioned in March 2014. Since then it has operated continuously with few interruptions for maintenance or breakdown. Output from year to year has proved remarkably consistent, with more electricity generated over Winter when wind speeds are generally higher. The site for the turbine is on high ground above and in close proximity to Park Farm, which can bee seen in the middle distance in the photographs above.

The turbine is an Enercon E33, the smallest turbine that Enercon were manufacturing at the time of purchase. Enercon, a German company, have an unparalleled reputation for reliable operation. The E33 generates 340 kWh of electricity per hour at peak output, (when wind speeds are 13m/s or more). This first supplies the electricity needs of the farm, with the majority exported onto the National Grid for use locally.

8 tonnes of re-enforced steel were incorporated into the base, with approximately 90m3 (200 tonnes) of concrete providing the counterweight needed to keep it upright! Surprisingly the base is little more than 1.5m high, with only a ring of bolts visible above ground, to which the bottom section of the tower is bolted.

The tower is 50m high, made up from two 25m long sections. The 3 blades are a little over 16m long, giving an overall rotor diameter of just over 33m. 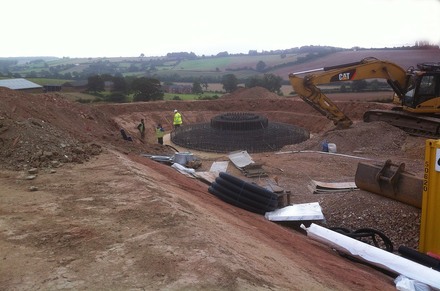 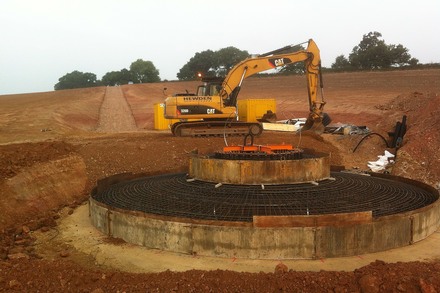 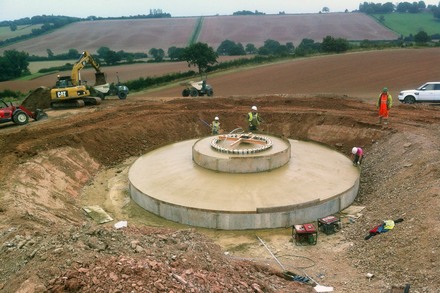 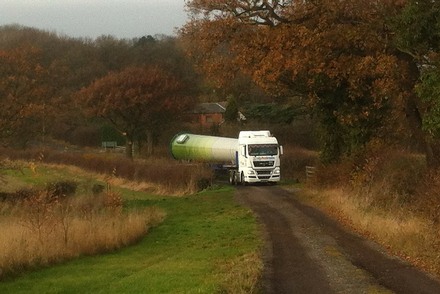 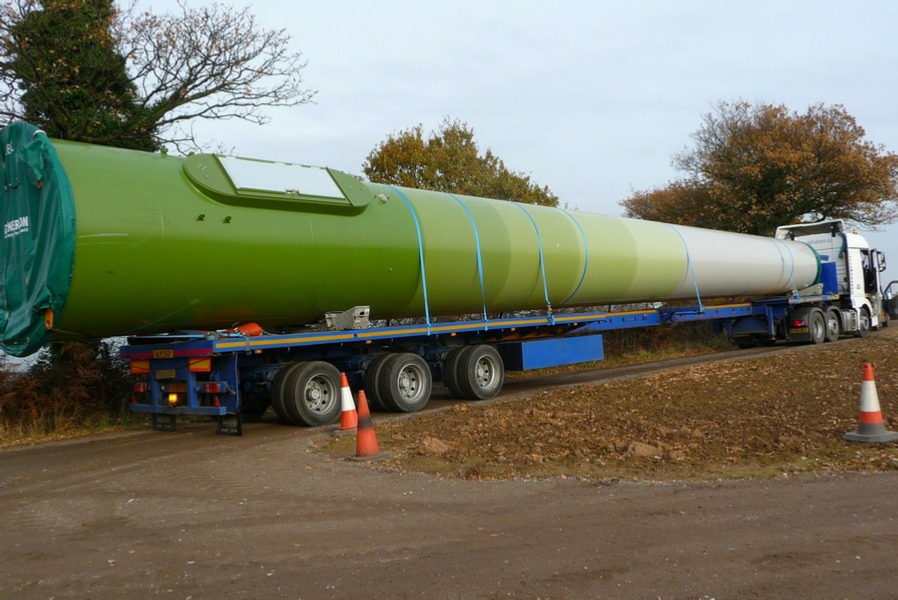 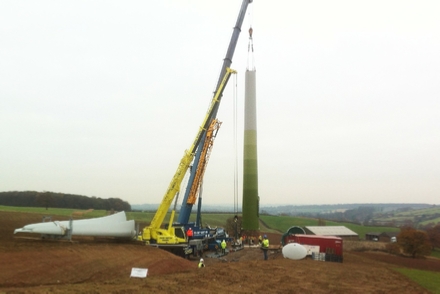 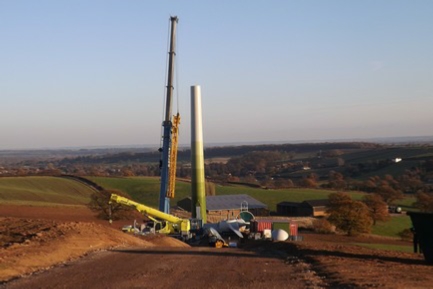 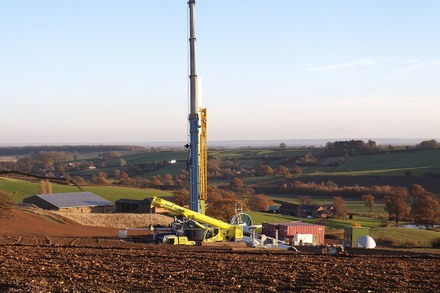 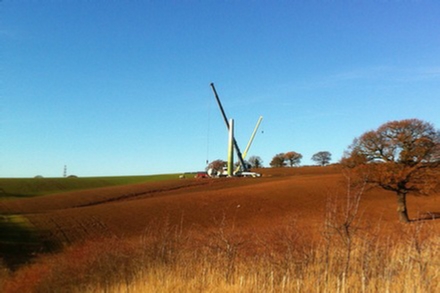 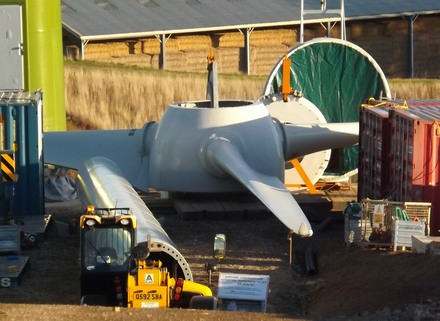 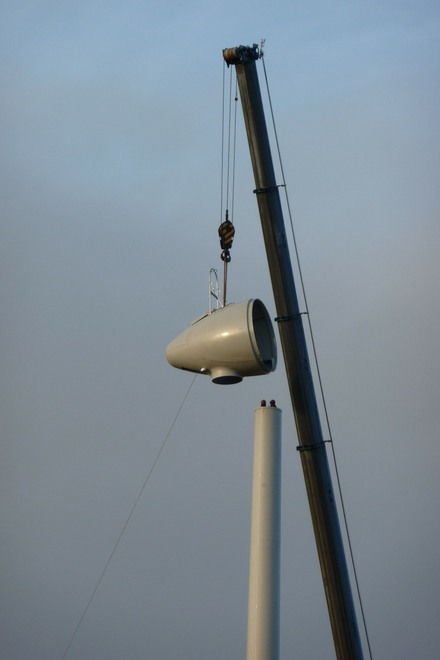 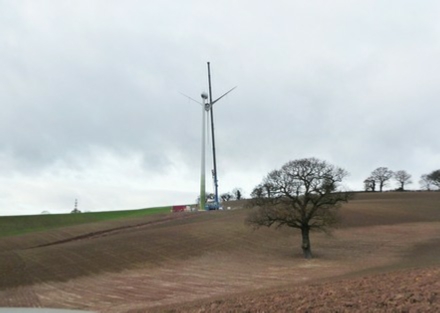 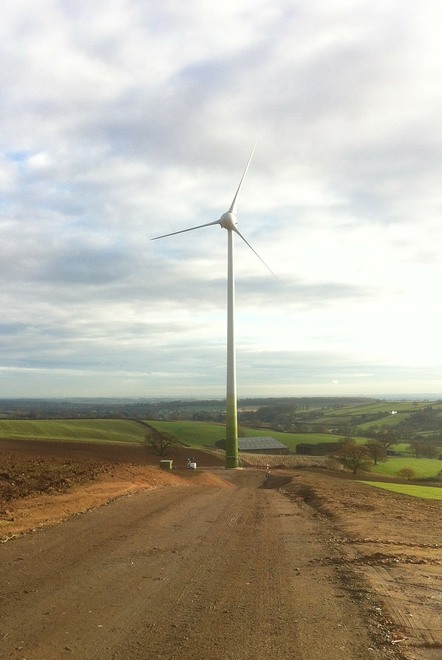 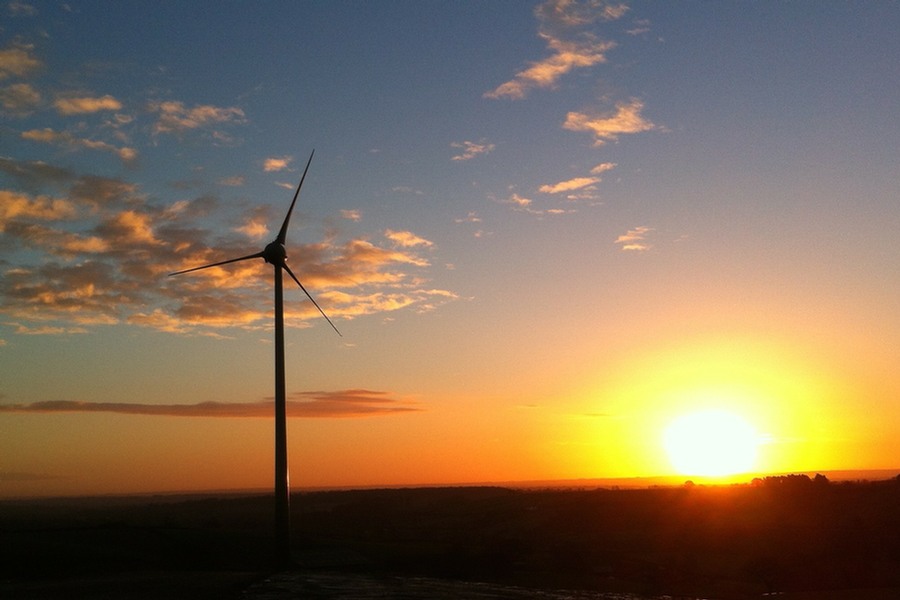