The Woodborough Institute - Sample letters and bills or estimates

As a result of your telephone call and letter of the 11th inst. for which I thank you, asking what is the position regarding a possible lease of the room in Roe [Row] Lane, Woodborough to your Committee for the purpose of Social gatherings, I find that the building is still under requisition by the military authorities. I regret therefore being unable to offer a lease, as I would like, until I have notice of de-requisition. I understand it is under the control of no: 5 battalion (Colonel Lewis) of the Home Guard, Platoon Commander Mr Peter Boden of Epperstone, from whom it is possible you might learn their future intentions. When I have notice of de-requisition, I will write again. 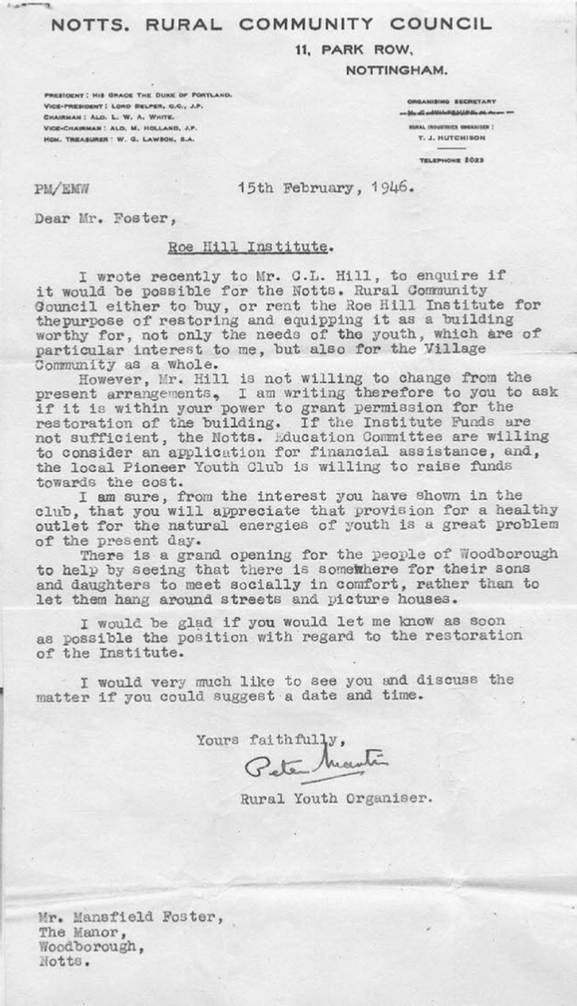 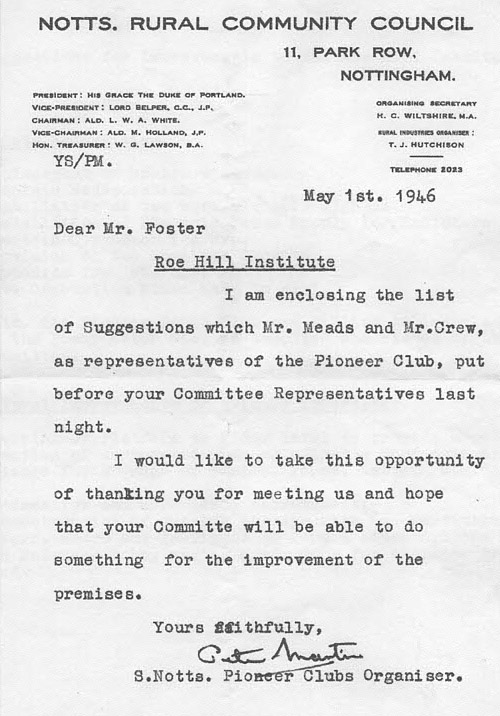 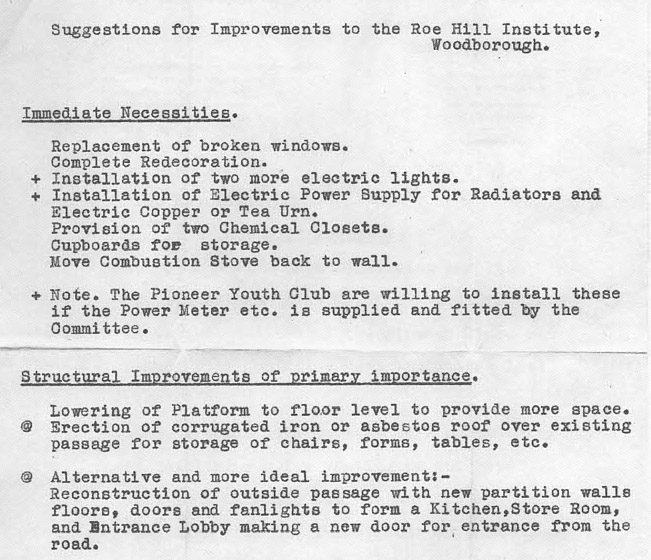 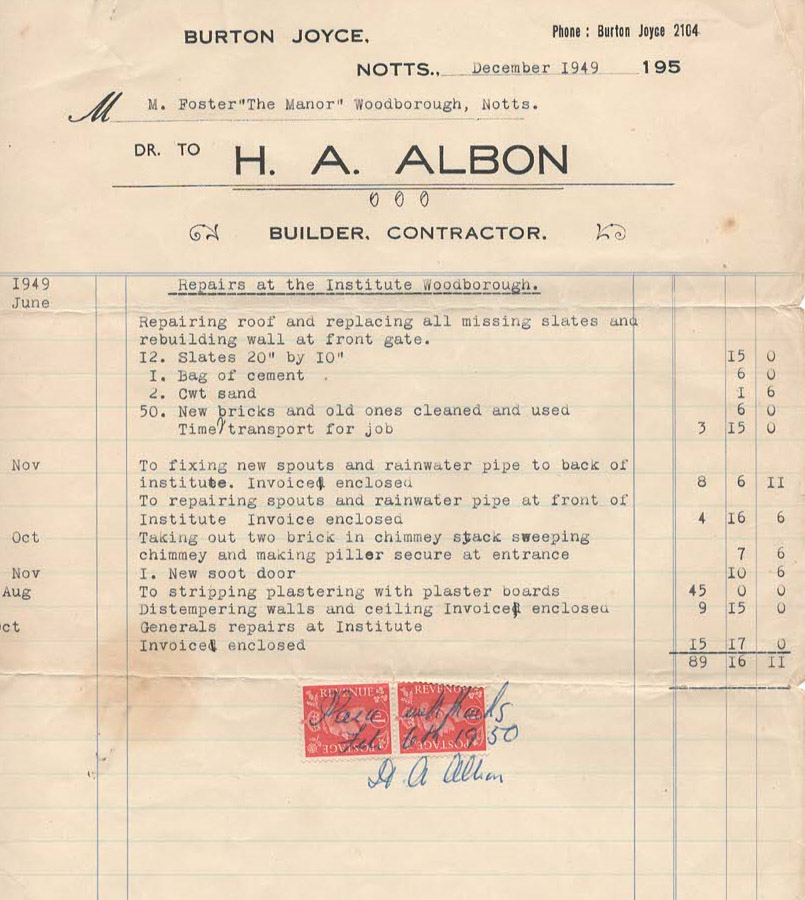 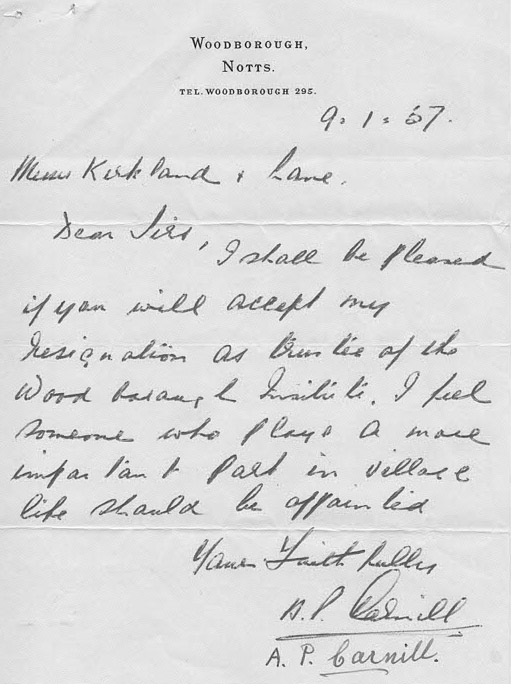 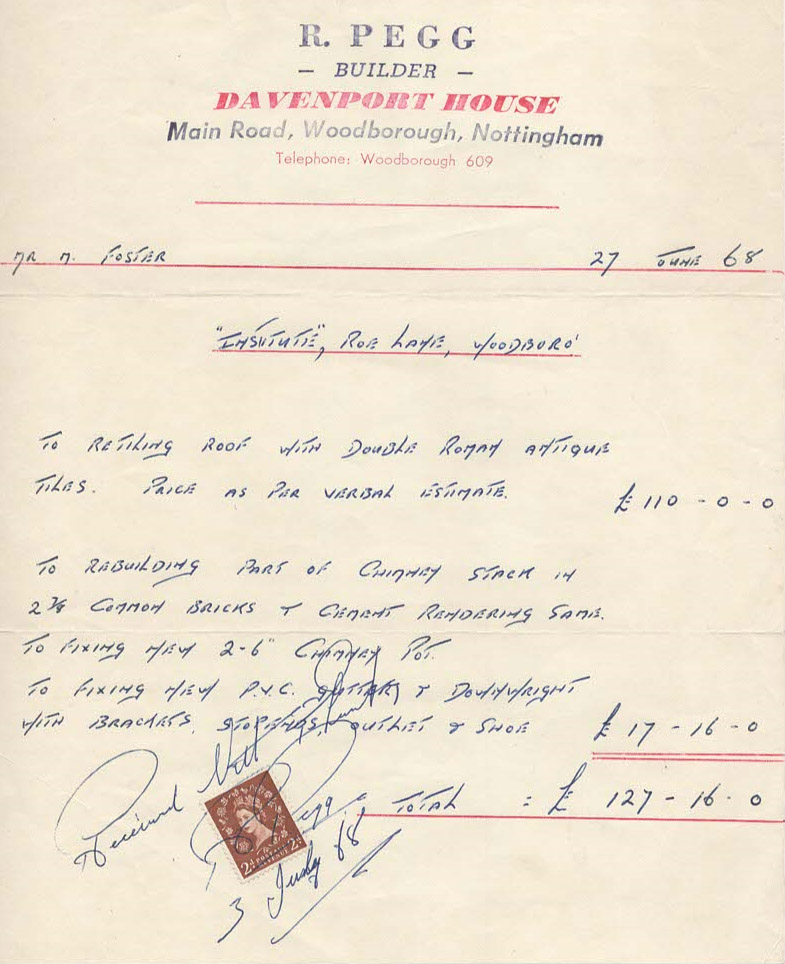 A letter of reply, and transcript, to Mr M Foster from Charles Hose Hill, regarding the availability of The Institute.

Letters in 1946 from Notts Rural Community Council to Mr Mansfield Foster seeking permission to make restorations to the Institute.

Mr Foster, or Mannie as he was affectionately known as, was involved in parish matters from an early age having been born in 1912.

A receipted invoice dated December 1949 for work undertaken, again Mannie was involved. As indeed he was for many years before the 1940’s and to within a few years before his death

Above: Mannie Foster received a letter from Kirkland & Lane, solicitors, passed to him regarding the resignation of Mr A P Carnill as a Trustee for the Institute. Mr Carnill was a resident of Woodborough and a proprietor of a motor dealership in Nottingham.

Has Mr Foster moved to a new address? It is shown on this letter as Westminster Cottage, Woodborough, which was number 117 Main Street. On previous correspondence his address was shown to be “The Manor”.

Below: An example of a receipted invoice for work carried out on the Institute, note on this and previous receipts it was necessary to place a postage stamp and to sign over it, was this a early form a VAT? Also note Mr Pegg’s address stated as Main Road, not Main Street!