Harold was born in Woodborough during the last quarter of 1897 to Samuel and Eliza Orange. He was their fifth child. His eldest brother Ernest also died during the same war. In 1901 the family lived on Dark Lane near the New Inn public house and later moved to a property on Main Street near the Nags Head.

The 1911 census shows Harold living at the home of George and Jane Pepper who lived at Spowage Farm, Oxton. Harold was employed as a farm boy and was only 14 years old.

He enlisted with the 2nd Battalion Grenadier Guards. For most of January 1917 the battalion were in Meaullte, northern France where they were trained in warfare. This included instruction in bombing, Lewis gunnery and precautions against gas attacks. Each company also went through a course of musketry and were constantly taken on route marches. The battalion then moved to Billon Camp near Maricourt towards the latter end of January.

Harold was killed in action on 20th February 1917 at the age of 20 years. He is buried at Combles Communal Cemetery. On his gravestone are engraved the words “Sleep on beloved. Sleep and take thy rest.”

The war diary of the 2nd Battalion Grenadier Guards describes conditions at Maricourt around that time:-

18th February - freezing conditions of the prior week were being replaced by a thaw. Divine Service was held in the morning.

19th February - the Battalion paraded for foot-bathing in the morning and then in the evening, relieved the 1st Battalion Irish Guards in the line.

20th February - it was a quiet day in the line. The Battalion found 100 other ranks out of the two reserve companies to dig a support line. Progress was slow owing to the intense darkness of the night and the great number of shell holes encountered, most of which are now filled with water. Casualties – one man killed. 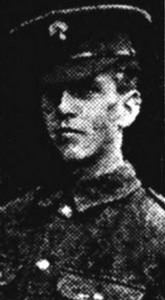 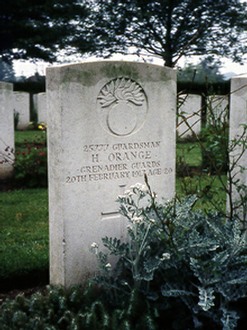 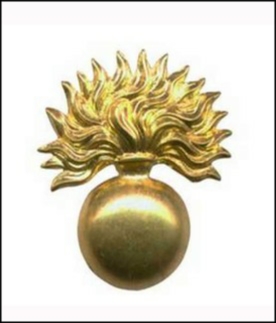 Cap badge for the Grenadier Guards