Edmund James Webb was born between July & September 1885 in Holloway in the registration district of Islington, Middlesex. His mother was Alice Martha (nee White) and his father Herbert Webb, a grocer’s assistant. By 1891 the family had moved to Bromley in Kent and we learn from the census that Edmund (5) had an older sister Roseanna (8) who was born in Stepney and a younger sister Elizabeth (2) born in Croydon. The family was on the move again and by 1901 were living in Canterbury. Herbert was now a grocery manager and Edmund a 16-year-old employed carpenter.

On 25th December 1909 Edmund married Mary Ann Binch at Calverton, Nottinghamshire. Mary was born in 1884 in Calverton where her parents William and Ruth were also born. The family were framework knitters; but William became a colliery banksman and Mary was a dressmaker’s apprentice by 1901.

Edmund and Mary had their first child on 20th April 1910, a daughter Ruth Alice. Edmund had set up as a self-employed joiner and was living in Calverton. Their second child Edmund Bertram was born on 15th May 1916 at Thorneywood, Nottingham, to where they had moved.

Edmund began his military service on 2nd March 1916, when he enlisted with the Royal Engineers for the duration of the war, giving has address as Florence Road, Thorneywood Lane. Notts. He was assigned as soldier 51067 to the Army Reserve. On 8th June 1916 he was mobilised and joined the Royal Engineers as Sapper 180232. He was certified as a skilled carpenter and joiner and put into the Army Reserve Class W until being mobilised again on 1st January 1917. He joined 435th (East Lancashire) Reserve Field Company of the R.E.

The copy of Edmund’s will in his service records dated 19th July 1917, leaves all his possessions to his wife who is living at Shelt Hill, Woodborough.

The next entry on his service record is embarkation at Folkestone on 17th September 1917 for France. On arrival he was posted to the 8th Battalion Durham Light Infantry; but within a few days reposted to the 7th Battalion as Private 77041 Webb.

In the spring of 1918, the German army started a massive offensive and very rapidly drove the British and French forces back some 40 miles in a few days. The Durham Light Infantry were in the thick of the action and were ordered to retreat to Caix, about 12 miles south of Albert, where Edmund was killed in action defending the battalion’s position.

Extract from the War Diary of the 1/7 Battalion Durham Light Infantry:

21/3/1918:-The German offensive commenced this morning preceded by violent bombardment. A warning telegraph had been sent around the division the previous night. The battalion was ordered to "stand to" by 4.30am. At 9.00am the division passed through Tertry to reinforce the front line.
22/3/1918:- The bombardment continued with great violence. At 2pm we received orders to go to Cartigny.
23/3/1918:- Proceed to Le Mesnil to dig a line of posts.
24/3/1918:- Worried by howitzers during the night.
25/3/1918:- At Eterpigny. Orders were given to withdraw - the enemy moving in fast. The battalion had to withdraw to Estrées at 7.30pm.

Edmund has no grave; but is commemorated in the Pozières Memorial Register at Pozières, France. The Commonwealth War Graves Commission citation reads: 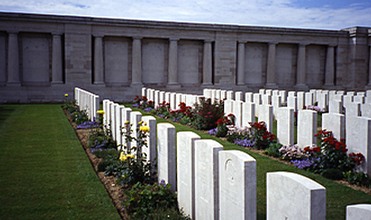 Edmund’s service records show that notification of his death was sent out on 12th April, and in June his wife’s address is changed from Shelt Hill, Woodborough, to 22 Morris Street, Daybrook, Notts., to where the Infantry Records Office sent Edmund’s few personal possessions.

In October 1919 Mary Webb confirms that she and her children are all at 22 Morris Street, and that Edmund’s parents are at 89 Bridge St., Leicester. The plaque and scroll from the King commemorating Edmund’s service was shortly thereafter delivered to Mary, who had to wait a further year before receiving her late husband’s identity disc on 27th August 1920. Immediately she writes back asking where Edmund is buried, saying that she has asked several times for this information, and that now his disc has been found, someone must know where he is. Sadly, Infantry Records in York were unable to give any further news; but referred Mary to the Imperial War Graves Commission.

Edmund’s British War and Victory Medals were received by Mary on 17th November 1921. 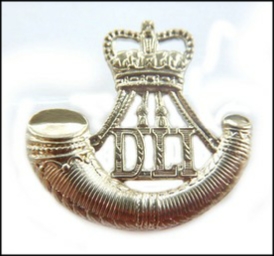 Left, a general view of the Pozières memorial, right Edmund’s own inscription thereon.