The family lived in Woodborough, starting out in 1891 in Dark Lane near the New Inn, and then moving to Main Street. At the age of 13, Ernest was employed by his maternal grand-mother, Martha Plumb, as a market gardener, in Netherfield Road, Woodborough, later returning to his parent’s house before 1911 when his occupation was described as a general labourer.

Sometime in the next two years, Ernest emigrated to Canada, returning to the UK on the Grampion in January 1913, with the intention of staying in England. However, by March he was again departing for Halifax, New Brunswick, Canada on the Hesperian along with an H. Orange, aged 16, and like his companion a farm labourer. This might have been his brother Harold. A year later, Ernest sailed back to England on the Hesperian arriving at Liverpool on 22 March 1914. The passenger list indicates he did not intend staying in England permanently. There is no H. Orange listed with him. On 8 May 1914, after a short stay in England, Ernest again set sail on the Calgarian bound for Quebec.

On 7 February 1916, Ernest enlisted with the Canadian Overseas Expeditionary Force, 169th Battalion, as private 678087, in Toronto, Ontario, for the duration of the war with Germany. He gave his address as 241 Seaton Street, Toronto, and his next of kin as his mother, Eliza Orange, living at 132 Jordan Road, Nottingham, though in later records this is changed to 132 Gordon Road, off Wells Road, Nottingham. He was 5ft 8in, of fair complexion with blue eyes and brown hair.

After enlisting, he sailed for England on the Metagama on 17 October 1916, arriving on 28 October. He was transferred to the 116th Battalion on 25 January 1917 and sailed for Boulogne, France on 11 February. He was granted 14 days leave to return to the UK in December 1917.

On 16 March 1918 he was awarded a Good Conduct Badge and subsequently was promoted to the rank of Corporal on 28th August 1918.

He was badly injured in action and died of extensive shrapnel wounds at the 12th Canadian Field Ambulance Depot on 30 Sept 1918. He is interred at the Queant Communal Cemetery British Extension 7.1/2 miles north east of Bapaume, in grave C 33.

The inscription on his headstone reads “UNTIL THE DAY BREAK AND THE SHADOWS FLEE AWAY”.

On the first and second anniversaries of his death, in memoriam notices appeared in the Nottingham Evening Post: 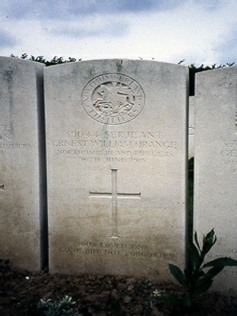 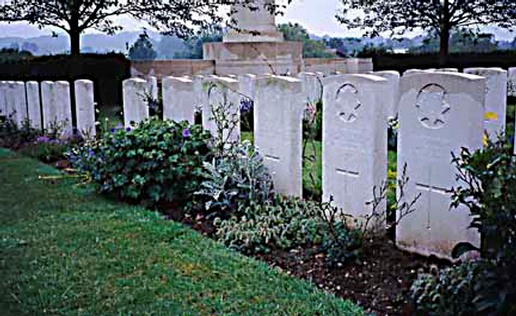 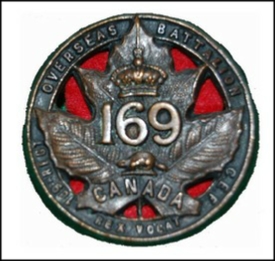 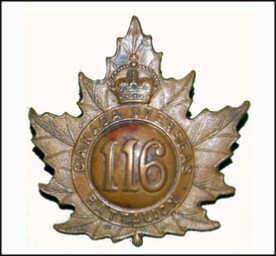