Harry was born in Woodborough in the summer of 1889 and was the third son of Samuel and Mary Jane Desborough. In 1911 his parents were living at Holly Cottage, Woodborough; but he had moved to Macclesfield sometime between 1901 and 1909. The Desborough’s had five children of whom we have details of four: Walter, Charles, Harry, and John Thomas, whom we have already remembered as one of the Woodborough fallen. Charles died in 1905 aged only 19 years. The family had previously lived in Lees Yard and then Southern Row, Woodborough.

The Desborough’s were framework knitters. In the years before the Great War, the factory owners in Macclesfield were advertising heavily for employees. The framework knitting trade was declining in the Nottinghamshire area and many men moved to the area around Macclesfield. Harry moved there and his brother, John Thomas, followed but to Leek.

In July 1909 Harry Desborough married Frances Bertha Walthall at Macclesfield Register Office. Frances was born on 2nd December 1886 in Macclesfield. In 1911 they were living at 81 Pitt Street, Macclesfield and Harry was employed as a Hand Silk Tie Knitter. Their daughter Edna was born on 3rd June 1914. Harry was a member of the Bethel Baptist Church in Macclesfield and served in their band as a trumpeter. The Bandmaster was George Bailey who married Euphemia Walthall, Frances’ older sister.

Harry enlisted at Macclesfield with the Cheshire Regiment and subsequently transferred to the 37th Battalion Machine Gun Corps. His detailed service records did not survive the WW2 London air raids.

According to the Machine Gun Corp Old Comrades’ Association, the one other rank killed was Harry who was hit by an enemy shell fired off at random as the Germans withdrew.

Harry’s grave can be found at the Romeries Communal Cemetery Extension on the western side of the village. The Commonwealth War Graves Commission records give the following details:

He is commemorated on both the Woodborough and the Macclesfield war memorials.

Harry’s wife Frances lived until 1986 and died at the age of 99. In 1939 she was registered as living at 168 High Street, Macclesfield along with her older sister Euphemia Bailey, who was also a widow.

His daughter Edna survived until January 1993 and died at Macclesfield aged 78. 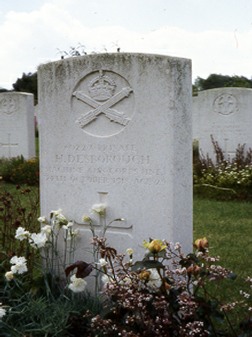 Harry’s latter days were spent with “B” Company pursuing the Germans during the final allied assault which began in August 1918 and continued until the ceasefire in November. 37th Battalion were in pursuit to the Selle where battle was joined on 22nd-25th October.

He was killed in action on 24th October at the age of 29 years. The circumstances are reported in the 37th Battalion. Machine Gun Corps War Diary for 24th October as follows:

Harry Desborough with soldiers in barracks. Harry is on the front row 2nd from left.

We are extremely grateful to Mr Craig Smith of Macclesfield for information about Harry Desborough, who was his great grandfather, and who supplied further details gathered by Mr J Parker of the MGC Old Comrades’ Association, including copies of photographs and memorial certificates issued by the Mayor of Macclesfield. 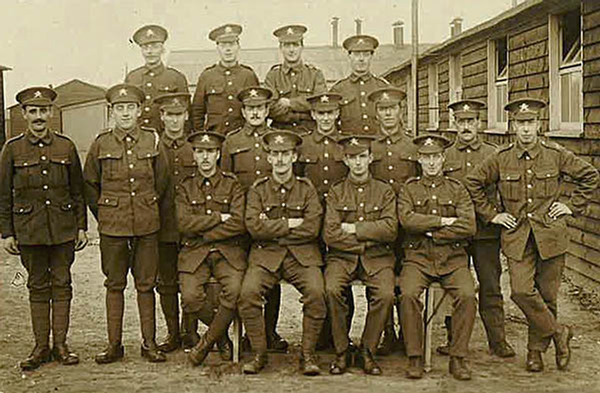 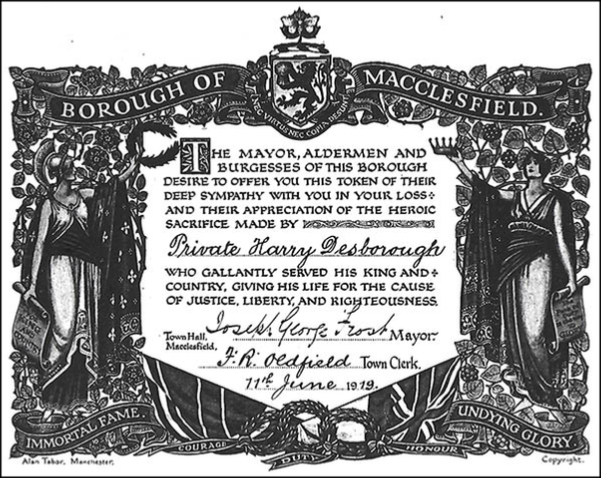 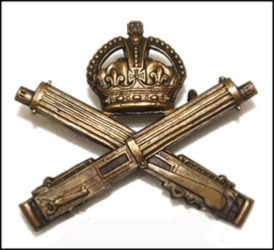 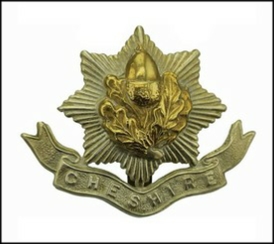