Percy was born in Eastwood in 1889. His parents were Edward and Elizabeth Shipstone. It is understood he was a manager of the Woodborough Co-operative shop on Main Street. 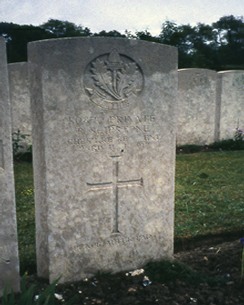 He joined up with Kitchener’s Third New Army in Lowdham and was assigned to the 10th Battalion Cheshire Regiment. On 7th June the Regiment was involved in the Battle of Messines in Flanders, not far from the town of Ypres. The Battle finished on 14th June and it is quite possible that Percy was injured during this battle. He was sent to a hospital on the northern French coast but died of his wounds on 23rd June 1917, aged 28 years.

He is buried at Etaples Military Cemetery in Northern France.

The inscription on his gravestone reads “Peace after Pain”. 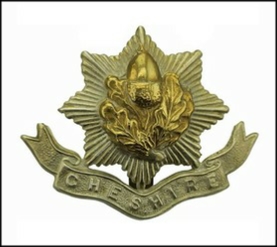 Cap badge for the Cheshire Regiment